5th of November today and still the water is so warm.... 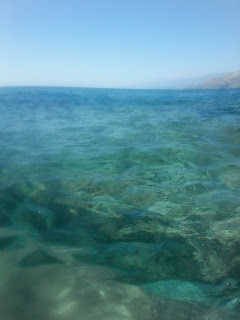 This is a photo from the sea. It's a strange photo taken from my mobile and as I was in the water I couldn't see what I was taking. But is was so nice... swimming in November I mean. And mind that I'm not the bravest of swimmers!!
Anyway, summer-autumn period closes in a few days, but we 'll be open all year long...

I am very glad to announce that AIRBNB honoured me with the badge of Superhost!!
And this is a disntiction which I owe to you my friends who wrote so wonderful reviews for Three Rock and me.

For me, you know this already there are no simple guests at Three Rock, you are my friends and Three Rock is not just an ordinary pansion or studio. It's aplace to feel at home. Thank you my beautiful people! I wish I'll see all of you soon...

October (along with May) is probably the best month for staying at Triopetra and enjoy our beach. The weather is still good, sometimes cloudy the sea is warm and the beach has very few people, gives you the feeling that belongs to you. But the taverns are still open till 28th of October! And the rain never lasts long at these days. So enjoy it! 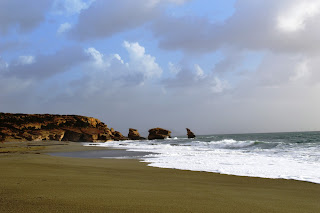 Every summer, the City and the Regional Unit of Rethymno co-organize the “Cretan Diet Festival”, an open-air gastronomic event at the Municipal Garden.
From 1st to 7th of July the municipal garden of Rethymno, is transformed into a place where local food producers, chefs cooking traditional dishes with Cretan ingredients and artists from all over the island coexist and invite us to a festval about the secrets of the world famous Cretan Diet.
Αναρτήθηκε από 3rock studio στις 12:54 π.μ. Δεν υπάρχουν σχόλια:

The Doors of the Old Town of Rethymno 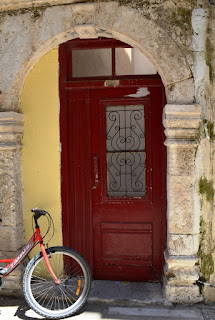 This is calendar with doors of the old town of Rethymno.
This is not a kind of album including all the doors of the old town. We didn't choose the more flashy nor the most impressive ones. We chose these particular doors because every one of them has something to recount about the life of the city over time. So this calendar is a way to learn things about the city and also to travel in time by ''opening'' if you want, a different door every day! 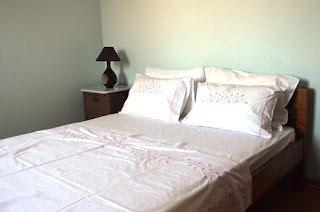 Three-Rock Αpartment is a two bedroom apartment on the first floor of  our house close to the beach Triopetra, just above Three Rock Studio. It is an apartment of about 60 square meters in total, with two rooms, kitchen and bathroom with shower, two terraces, one in front, with spectacular sea view and another at the back of the house looking at the hills. The decoration of the apartment is simple, in the 70s style with all the equipment that you really need to feel at home. It is ideal for a couple with a kid and also for a company up to three (or even four) people and is ideal for families with
one or two children.
The two bedrooms, one with double bed and another with semi-double bed, are fully equipped with linen, towels and everything you may need. The kitchen is also fully equipped with plates, glasses etc. There is fridge, oven and also a traditional stove for wintertime. The water is drinkable. The bathroom has a shower and also a washing machine. The studio has a terrace in front, facing the sea, and a back terrace to the eastern part with the view of the hills. Of course there are storage spaces, closet for guests and all necessary linens for your stay there. As our guest you can park your car just outside the house. There is also a TV, Dvd player, Cd player and library with Greek and foreign books. And of course there is a cot available for babies. 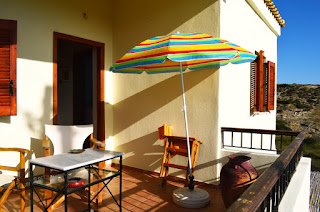 Artifacts/ The Art of handmade ceramics in Rethymno


Artifacts by omodamos over a decade now is a place for the modern Greek folk art and craft, which can be artistic, fun, interesting, fresh, versatile and entitled to a respect that leveling fast and easy profit tourism has deprived.
Combining  a series of collections from known and interesting contemporary Greek potters, with a lot of our creations and ideas in clay and other materials, we want to be a base for communication and artistic expression. Here you can find a variety of objects that have a story to say, and support our effort. 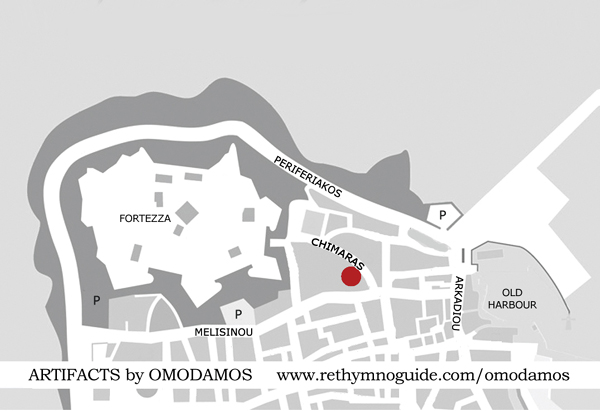 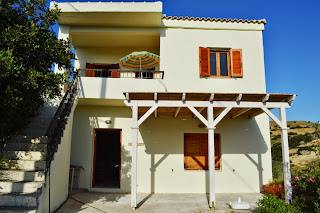 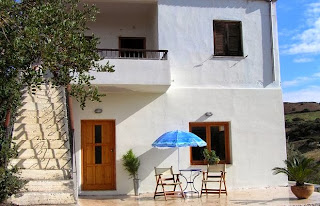